In case you want to read about what a dumbass I was at the beginning of this winter (when I thought 32 degrees was cold), part one is here.

I laugh at how naive I was (or maybe forgetful) a few months ago. Why did I think low 30s was so cold? Yesterday I ran outside for the first time in a long time and it felt HOT at 29 degrees. But first, there was a trip to Target, of course, because I’m a Basic SAHM. 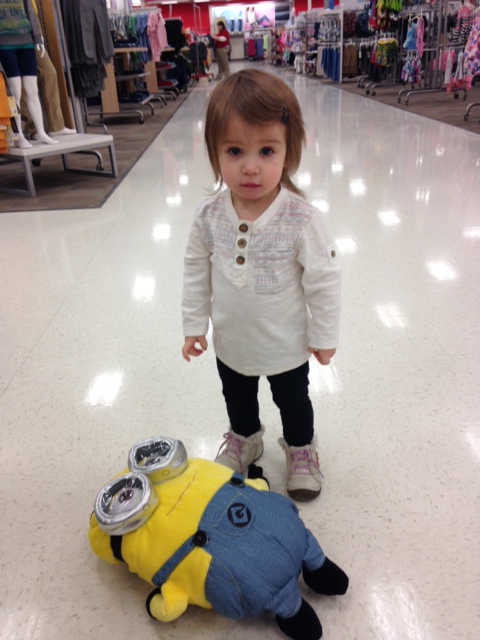 Poor Emma, she really wanted to take that minion home.

We only had to get a prescription refilled, but it takes 30 minutes, so we just played in the toy section and Emma didn’t want to let go of this guy (we’ve watched Despicable Me a few times when I haven’t been feeling well, I admit). Afterwards we stopped at Bruegger’s and we got lucky that there were some hot bagels in our favorite variety (Honey Grain). I feel bad for people who don’t eat carbs because it doesn’t get much better than fresh bagels and cream cheese. I usually get Honey Walnut cream cheese and Emma prefers “pink” (Strawberry). 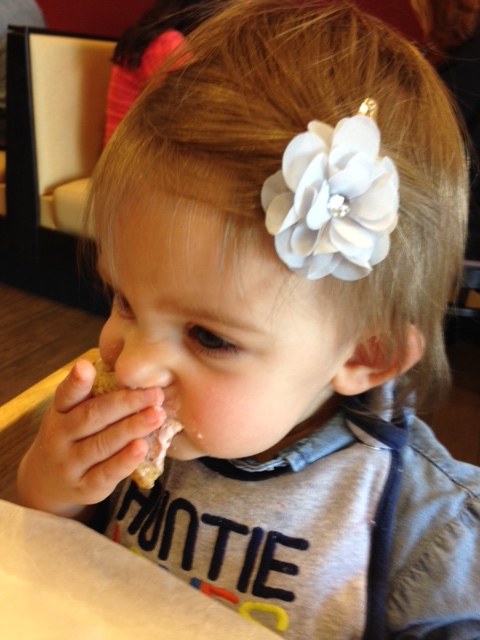 This is from a different bagel run, but you get the idea… pink cream cheese everywhere

On the drive home I decided that it was way too nice for the treadmill, so I put Emma down for a nap and got some others things done. Then when she woke up we went running outside! Woof. It was hard pushing that stroller after a hiatus, but totally worth it. 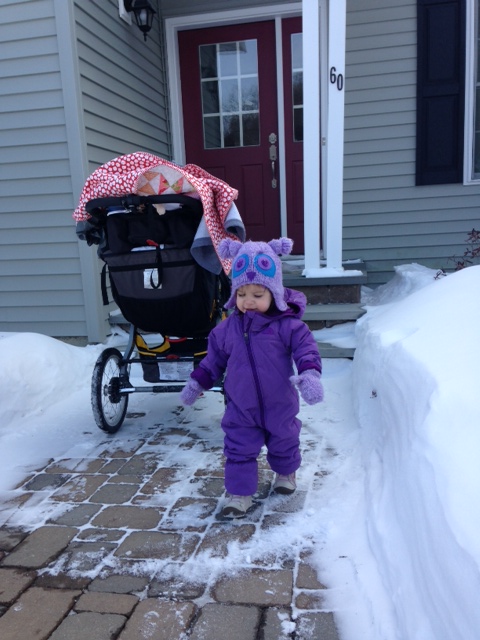 Emmaline all bundled up after our run. She wanted to play outside. Her favorite word lately is “snow”…

I was going to write about what I wore in detail (I even took photos) but I realized it was basically the same thing as in part one, so I guess there’s no need. Hopefully this will be the last time I write about winter for awhile. February is coming to a close and I’m excited for the month of March for so many reasons, but the biggest one is that we are closing on our new house in a few days! More about that soon. Hope everyone is keeping warm and that my southern friends and family are enjoying their late winter snowfall from last night.

Some questions for y’all… What is your favorite bagel/cream cheese combo? What do you think about last year’s Boston jacket (or the 2015 version in purple)? You won’t offend me… I know it’s freaking bright. I mean, is there any possible shade of orange brighter than this? 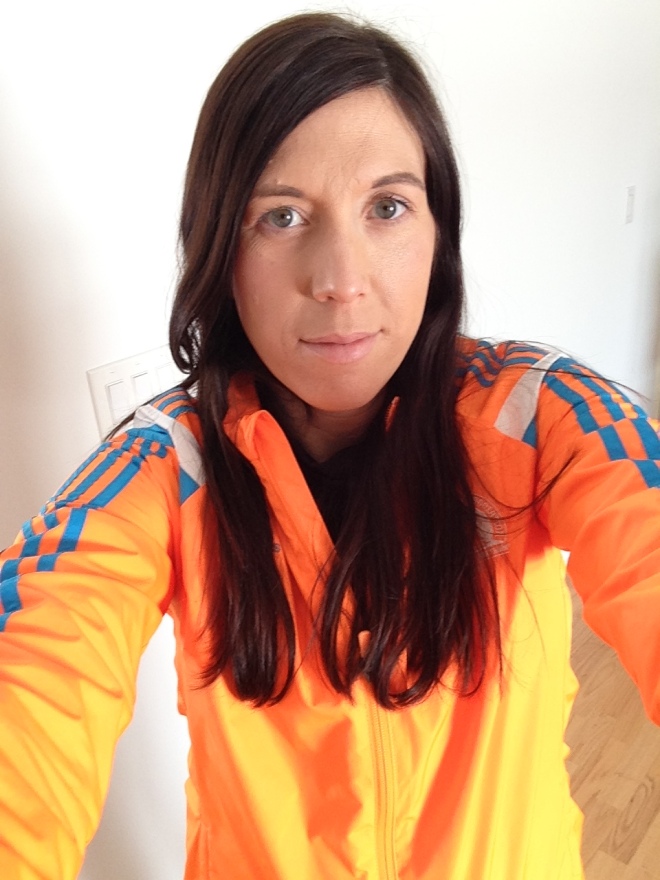